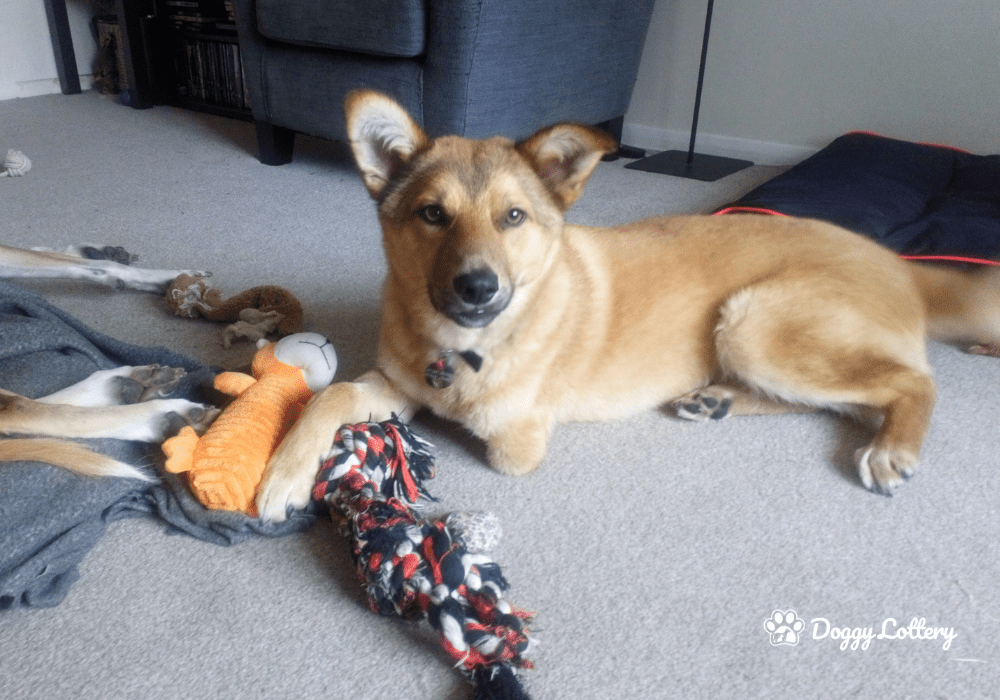 To date, the incredible supporters of DoggyLottery have raised over £30,000 and provided much-needed funds to support over 70 dog rescue centres and thousands of dogs – one of these dogs was Lotto.

With the funds raised by the amazing people who play the DoggyLottery, we were able to pay for one special rescue dog’s lifesaving surgery. Our founders, Lisette and Lee, were honoured when they were asked to name this dog, and ‘Lotto’ felt like the perfect fit.

Read on to find out more about Lotto’s journey and how your support has helped him and countless other rescue dogs in the UK and beyond.

Volunteers at Paws2Rescue, a wonderful organisation working to improve the lives of dogs and other animals in Romania, found Lotto at the side of the road at just six months old. The poor pup was alone in the pouring rain, having been hit by a car, and was suffering from a broken leg.

Lotto was taken to an emergency vet who realised that his leg was too damaged to save and that it would need to be amputated. DoggyLottery stepped in and donated £1,200 for the surgery that would save Lotto’s life and give him another chance at happiness.

‘Lotto has settled in beautifully in his UK-based forever home,’ says Alison Standbridge, Trustee of Paws2Rescue. ‘He has physio to help strengthen his front leg and aid his recovery. He also has a trailer to give him the necessary breaks.

‘He is a happy, sweet boy who deserves a happy ever after!’

A Lifeline for Suffering Dogs

Like thousands of other dogs in Romania, Lotto, just a puppy, was fending for himself when he was hit and injured by a car. Romania has an ongoing street-dog problem. The population of strays is sky-high, and economic issues, lack of education and government policies have resulted in deep fear amongst the population. Street dogs are typically mistreated and left to suffer tremendous hardships, while ineffective and cruel culls have been implemented to reduce the population.

Paws2Rescue has four main goals in Romania: to relieve suffering by providing food, vet care and shelter for strays, to implement an effective neutering program to humanely reduce the canine population, and to rehome dogs where possible across Europe and the UK.

The organisation’s last goal is one that we at DoggyLottery are equally passionate about: education. Through education and awareness-building activities, Paws2Rescue is spreading the word about the dog welfare crisis and preparing future generations to show dogs the care and respect they deserve.

Lotto is just one of thousands, if not millions of needy pups in Romania and across the rest of the world. By providing food, shelter, healthcare and education, as well as solutions like neutering programmes, we can help make life easier and happier for dogs, while preventing future suffering.

What’s in a Name?

To say ‘thank you’ to DoggyLottery for our supporters’ help in getting Lotto’s life back on track, Paws2Rescue gave Lee and Lisette, our founders, the great honour of choosing a name for this lucky pup. Of course, they chose ‘Lotto’.

‘We were so honoured to be asked to name him. Lotto seemed like the perfect fit,’ says Lisette. ‘To directly see how the funds we raise help rescue centres is such a rewarding feeling.’

Alison at Paws2Rescue says of DoggyLottery’s support: ‘Without the help of DoggyLottery we would not have been able to save Lotto’s life and pay for the surgery.

‘We cannot thank DoggyLottery enough for the help that they gave us, at a time when donations were so desperately needed.’

While the dog welfare crisis in Romania seems far away, the situation closer to home is also deeply concerning.

Thousands of dogs are abandoned each year in the UK, and we fear the situation will become worse as the pandemic progresses. According to The Kennel Club, nearly a quarter of all dog owners fear that they will no longer be able to provide a suitable home for their dog post-lockdown, while a staggering one in five owners have considered rehoming as an option.

The pandemic and resulting lockdowns had a devastating impact on dog rescue centres up and down the UK – centres that were already struggling due to dwindling funds and soaring demand. Now more than ever, we must support dog rescue centres and ensure that dogs in need have a lifeline and a chance at future happiness.

We are incredibly inspired by Lotto’s story, as it shows just how much of a difference we can make with every DoggyLottery ticket sold.

Find out more about the impact of COVID-19 on dog rescue centres.

Fill Another Dog’s Life with Luck and Love

DoggyLottery has raised over £30,000 for rescues and charities across the UK after being set up in July 2020.

Our fun and lighthearted game operates like a regular lottery with tickets costing just £1.50. Every month, five different dog rescue centres share 60% of the funds raised when people play the game. A further 30% makes up the prize fund which is shared between 20 lucky winners.

Will you join the DoggyLottery and fill another dog’s life with luck and love? Who knows, you might be lucky too!

One of the best ways you can support dog rescue centres and dogs like Lotto is by adopting. If you’re thinking about adopting a rescue dog like Lotto, we have some great resources to guide you through your decision and the wonderful journey that follows. 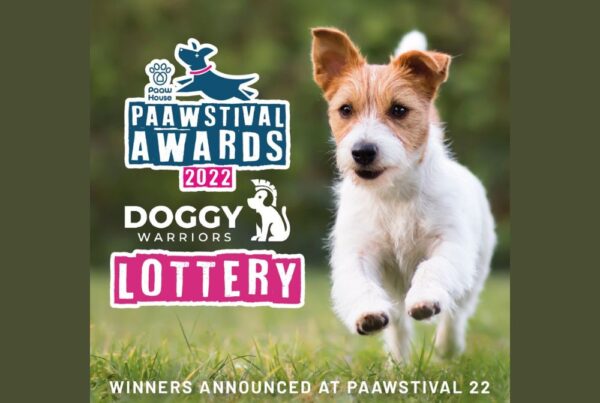 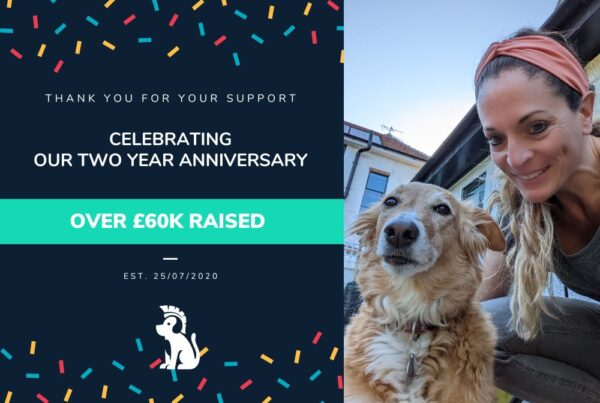 Celebrating our second year and raising over £60k 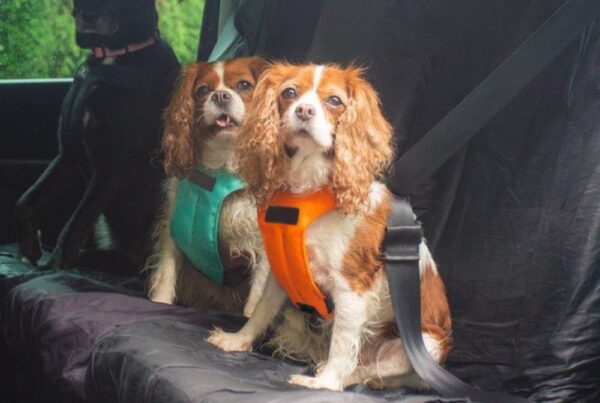 Choosing the right transport equipment for your dog

Our Shop
Returns and Exchanges
FAQs